The park represents the final element of Porta Nuova‘s development, one of the largest urban regeneration projects in Europe co-developed and managed by COIMA. The area is characterised by public spaces and high quality green areas in a context of contemporary architectural excellence. The Biblioteca degli Alberi, inaugurated on 27 October 2018, is managed by the Riccardo Catella Foundation through an innovative public-private partnership model. 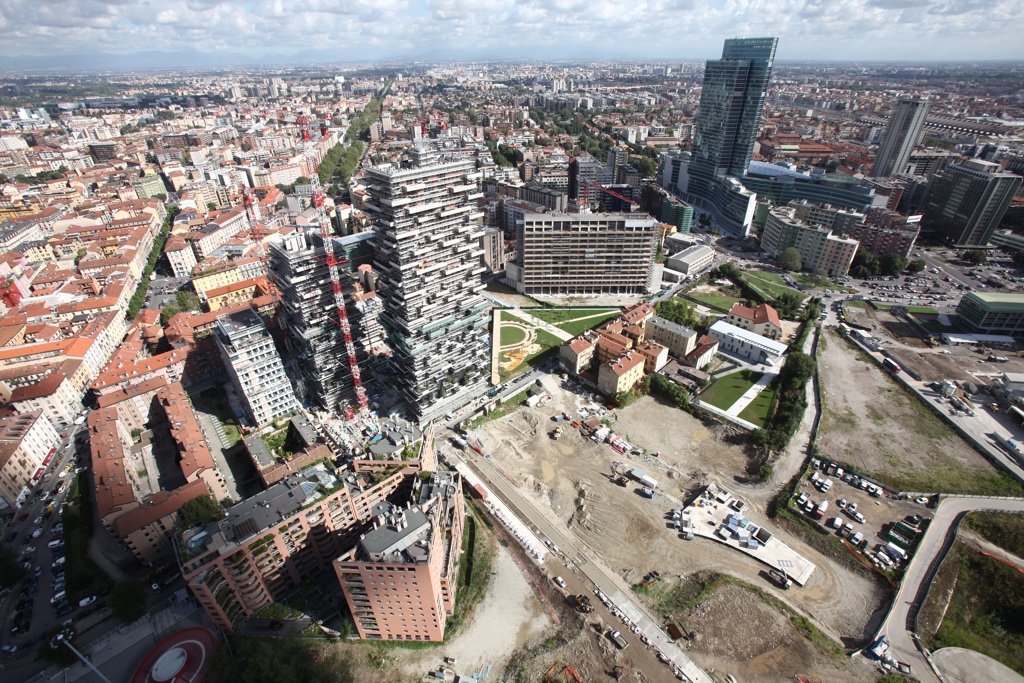 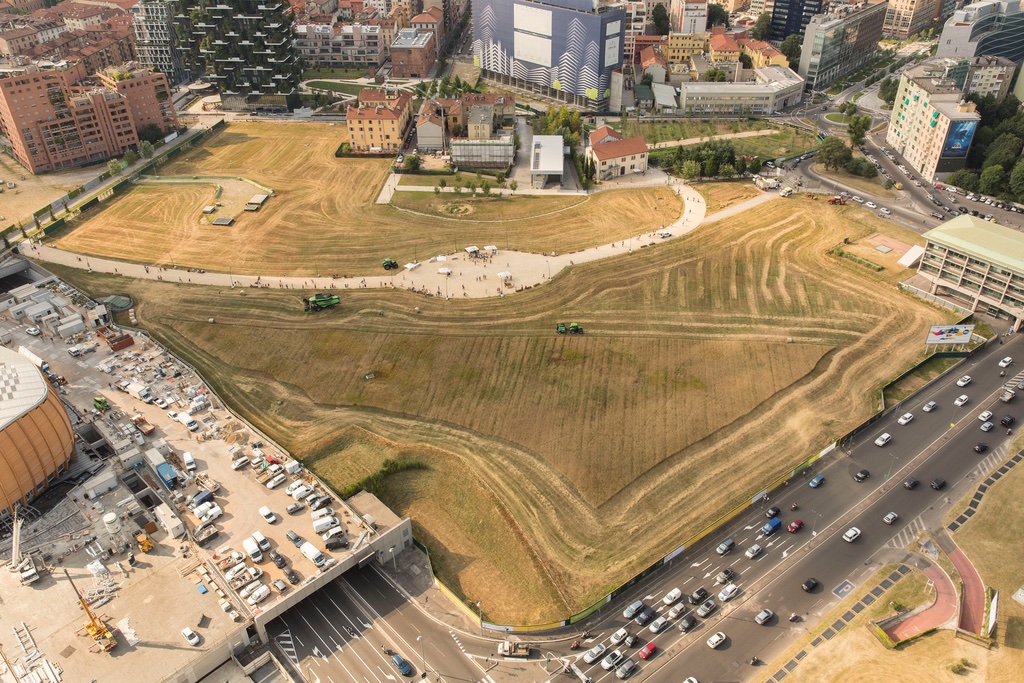 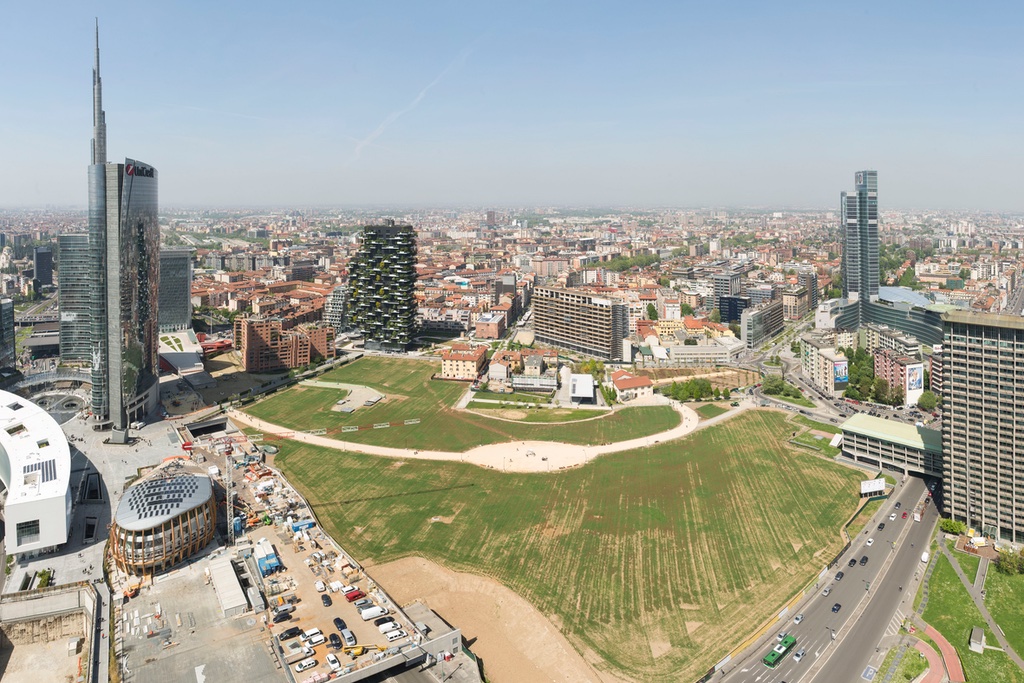 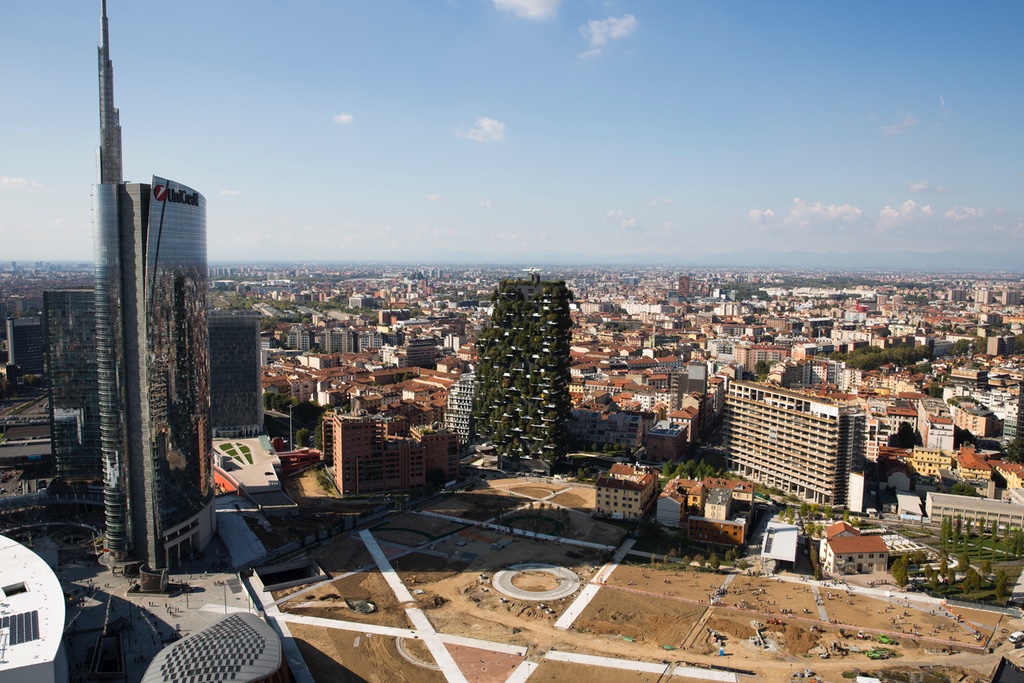 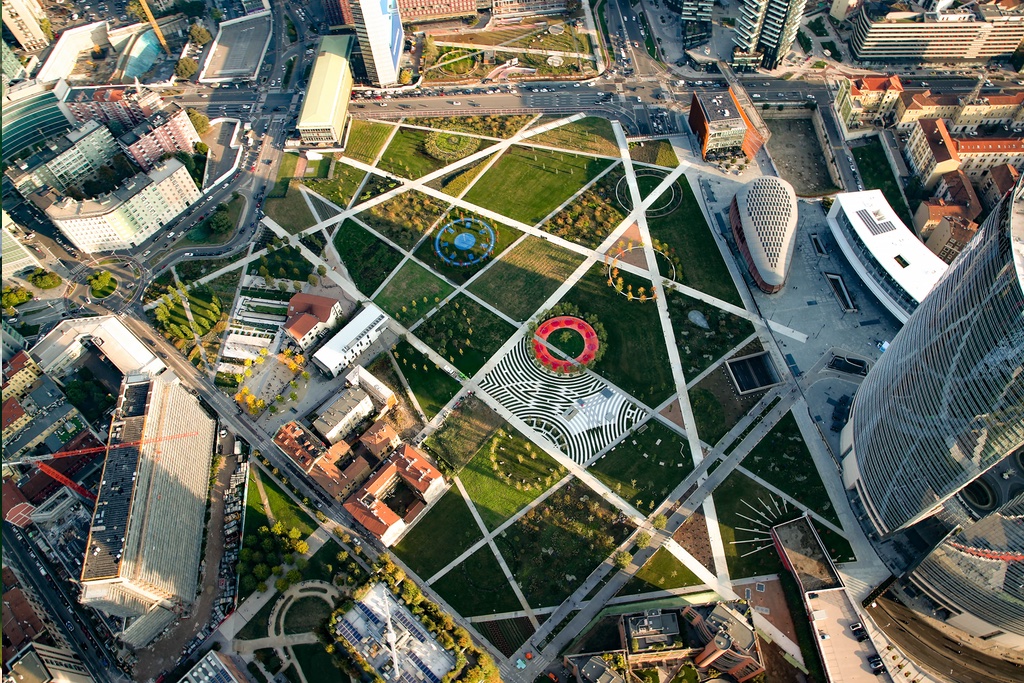 The Dutch firm Inside Outside|Petra Blaisse took part in an international contest, organized by the City of Milan, with their winning design of a new public park in the Porta Nuova district in Milan.

At the Expo, the Riccardo Catella Foundation and the Nicola Trussardi Foundation promote Wheatfield: a 5-hectare wheat field designed by American artist Agnes Denes within the area, which will host the public park Biblioteca degli Alberi. The spectacular work of environmental art, inspired by the values of sharing food and energy, environmental protection, and sustainable growth, involves 9,000 citizens in three major events of collective celebration through the support of Confagricoltura: the Festival of Sowing (28 February), the Inauguration and opening of the field to the public (11 April), and the Festival of Harvesting (9 July).

COIMA takes over the municipality as a contracting authority initiating work on the public park. The executive project is completed and approved in mid-March 2016.

Official inauguration of the first lot of the Biblioteca degli Alberi park: a garden of 7,500 square metres in via de Castillia 26/28 with 3 types of tree plantations and 44 individual trees. An area located next to the Riccardo Catella Foundation and the Art Incubator, particularly suitable for families because of its picnic area, two bowling greens, a playground also suitable for children with disabilities, water features, and educational gardens. The garden was opened to citizens with a spring party promoted by the City of Milan and Porta Nuova and in collaboration with the Riccardo Catella Foundation.

Construction work begins on the second lot of the Biblioteca degli Alberi park.

During the months of construction, the Riccardo Catella Foundation, in collaboration with the Milan directors, got members of the public actively involved in the park’s development through the MiColtivo project in the park: three days of planting of flowering meadows, flowerbeds, and trees together, as well as a programme of free urban horticulture workshops.

Publication of the 20 winners of the creative competition #PercorsiPoetici , promoted by the City of Milan and the Riccardo Catella Foundation, and open to all citizens. The competition was attended by over 500 Milan citizens who shared essays, statements or aphorisms inspired by nature and the importance of green spaces in the city. The winning phrases are inscribed in the paths of the park. The youngest BAM poet is 5 years old, and the oldest is 73!

In spring and summer, before the park was opened, the Riccardo Catella Foundation organised a cultural programme made up of collective experiences, such as guided tours, concerts, sports activities, and social and educational initiatives.

Fondazione Riccardo Catella and COIMA SGR present their proposal for an innovative public-private partnership for managing the Biblioteca degli Alberi park to the City of Milan.

Press conference presenting the new model of public-private partnership for the maintenance, safety and animation of the public green spaces of the Biblioteca degli Alberi. During the event, a preview of the park’s cultural programme and its new identity is presented.

Write on the line below

And press enter to search