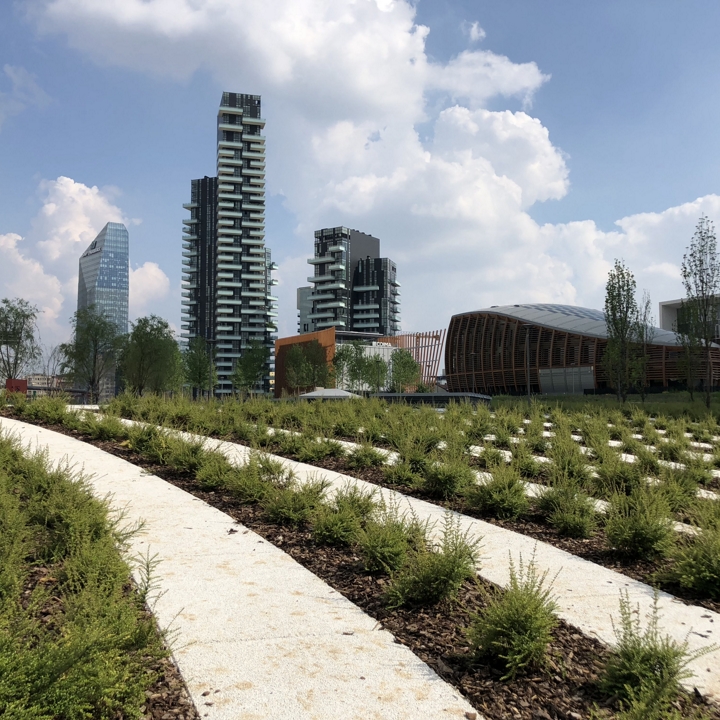 Shrub and ground cover gardens are another recurring theme in the Biblioteca degli Alberi Park. These are used in a playful and formal way, in compositions in which are recognizable the skill and training of the Dutch designer. For example, boxwoods are used in groups of 4, in the shape of a cube, in geometric compositions of crossed rows. Bamboo and Ilex crenata are modulated in a punctiform way but according to precise lines on large lawns or bark surfaces. Rubus and Viburni are used according to the same punctiform principle on large surfaces, this time of different ground cover. The same widely used ground covers have been carefully chosen according to design principles, with combinations openly modulated in order to compose a large colorful canvas, in which textures and colours of flowers become compositional elements of the ‘bigger picture’ of the park.