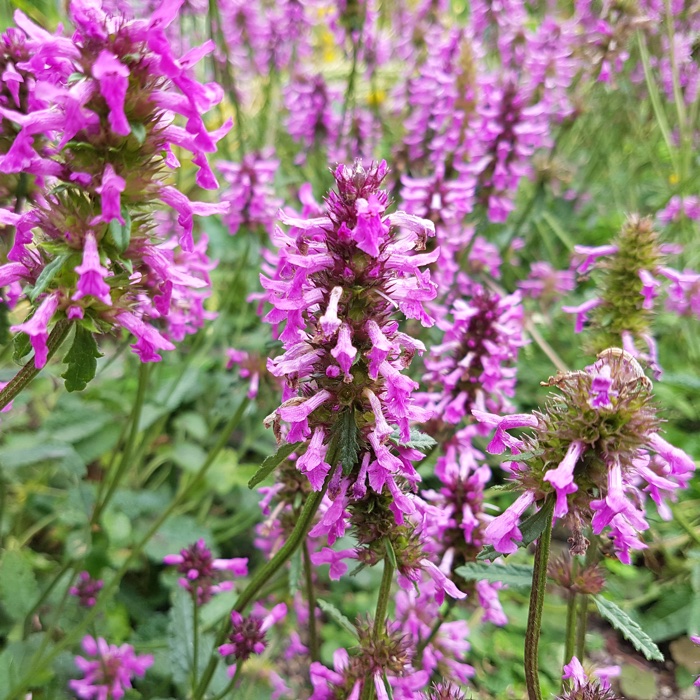 The Biblioteca degli Alberi park plays host to the extensive work of the great Dutch landscape master Piet Oudolf, who is famous for his gardens boasting a wild appearance. In this park, approximately 20,000 sq.m have been dedicated to his perennial plant gardens for a total of almost 80,000 plants! Perennials, plants with a predominantly herbaceous consistency, long-lived and rapidly developing, are the basis of his work, whether they are grasses or blooms. The technique that Oudolf used was that of the matrix, a single large mass of basic graminaceous plants (Molinia caerulea ‘Dauerstrah’ in this case), in which large monospecific perennial bushes of organic shapes that resemble each other and that interpenetrate are inserted, alternating spectacular bright blooms throughout the year. Some of these plants are evergreen while many others are deciduous, but retain the aerial part even in cold or dry periods, as important value considered in Oudolf creations. The compositions thus created offer catching theatrical effects with marked energy and beautiful aesthetic effects. Piet Oudolf, author of the New York High Line and numerous gardens around the world, is the world’s most famous landscape designer.