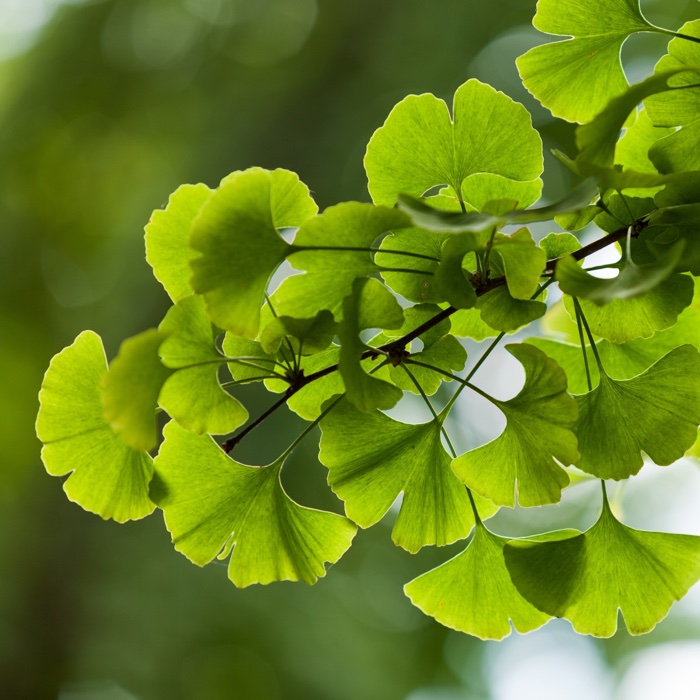 The only arboreal plant of its kind on the planet, it is a species that has remained intact through millions of years and the various upheavals that affected life on Earth leading, for example, to the disappearance of the dinosaurs. This is why Charles Darwin described this plant as “a real living fossil.” The name Ginkgo derives from an erroneous interpretation of Chinese terms yin (silver) and xing (apricot), referring to the shape and colour of the fruits, literally yinxing, “silver apricot”.
Introduced in Europe in the 1700s, this tree is widely spread throughout the world; cultivated for many purposes, under optimal conditions it can reach 40 m in height and large circumferences, of up to 8 metres. It has a pyramidal foliage; sparse when young, thickening when mature. The bark is smooth when young with a silvery-grey colour, then takes on a dark brown colour with evident suberose ribs.
The leaves are soft green in colour in spring, tending to darken during the summer, until they turn golden yellow in autumn. Their characteristic form is flabelliform (fan-shaped), whole on the microblasts and in the older plants, deeply divided into two lobes on the macroblasts and in the younger specimens (hence the term biloba) . Ginkgo is a dioecious plant, that is, with a male and female specimens. It is used as an ornamental plant and as a road tree because it resists well to climatic adversities, to pollution and does not have significant parasites. In Japan and China it has been cultivated for a long time in temples because it is considered a sacred plant.

Curiosity: in the Far East the seeds are considered a delicacy, and are eaten roasted.